About Major & The Monbacks: Hailing from Norfolk, VA, Major and the Monbacks have revived the party infused energy of southern soul, blending this old school style with “60’s infused southern twang” that stirs dreamlike visions of Otis Redding and Chuck Berry playing a beer soaked fraternity party. With a full 8-piece ensemble, including 3 vocalists, a hypeman, and a lively horn section, the Monbacks have “[nailed] what it used to mean to be an American band”. Drawing comparisons to artists both old and new, the Monbacks have created their own blend of high-energy rock n roll that “takes the old and makes it new again”.

Founded by twin brothers Neal and Cole Friedman with a group of high school friends, Michael Adkins, Harry Schloeder, and Tyler West, in 2008, The Monbacks have grown into a full time touring machine, hitting the road up and down the East Coast of the United States with dates from Burlington, VT down to Muscle Shoals, AL. The Monbacks have made a name for themselves with their raucous live shows, bringing a full-fledged party to the stage. However, with the addition of Nate Sacks on the saxophone and most recently Bryan Adkins on the drums, the Monbacks have solidified their already powerful lineup and are gearing up for the band's debut full length album due out in Spring 2015.

About Kendall Street Company: Kendall Street Company was founded in the early months of 2013 by guitarist/vocalist Louis Smith and saxophonist Andrew Drehoff. The duo had been playing together for some time in the greater Virginia Beach area, joined by a rotation of talented musicians who performed behind Louis as the Louis Smith Band. After moving to Charlottesville in late 2012 to attend the University of Virginia, the pair began putting together a group of student musicians, adding Brian Roy on bass/vocals and Ryan Wood on drums/percussion in early 2013 and Price Gillock on keyboards and Bucky Henry on auxiliary percussion later that year.

The band performs regularly in Virginia and throughout the East Coast, maintaining a central presence in the Charlottesville area, which includes live radio performances on WTJU 91.1 and WNRN 91.9 and a debut EP recorded at Blue Sprocket Sound in Harrisonburg, Virginia. While Kendall Street Company's music is influenced by a variety of musicians and styles, the group has been described as "psychedelic," "alternative," "jammy," "rock," "indie," and "ska."  It is not uncommon for guest performers to join the group on stage for extended jams. 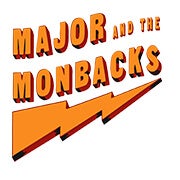