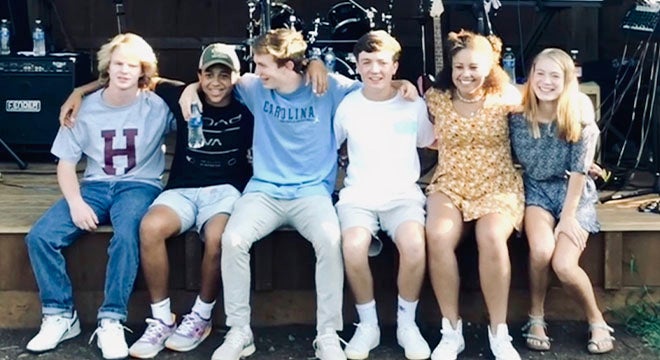 with 10th Street and Charlie Shea

14 Stories is a Charlottesville-based band made up of five local teens from Monticello and Western Albemarle High Schools. Formed in 2017, the alternative/rock/pop band features Chris Kelly on guitar and vocals, Will Owens on guitar, Will Jones on bass, Marcus Beauford on drums, Nadja Beauford on keyboards and vocals, and Sophie Owens on vocals. The band plays a wide array of covers ranging from classic rock favorites from the Rolling Stones, the Foo Fighters, and Oasis to modern hits from bands like Young the Giant, Rex Orange County, and more. 14 Stories has played at venues throughout Charlottesville, including at the Sprint Pavilion for Fridays After Five, The Jefferson, The Southern Music Hall, Pro Re Nata, and Chiles Peach Orchard. The band’s first single, Hear Me Out, was released in April of 2019 and currently has more than 60,000 streams on Spotify. Their upcoming follow-up single, Options, is slated for release this Fall. For more information on 14 Stories, visit 14storiescville.com or find them on Instagram (@14storiescville).

A group of kids from different schools around Charlottesville, Virginia with a passion for music! 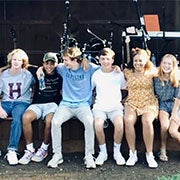