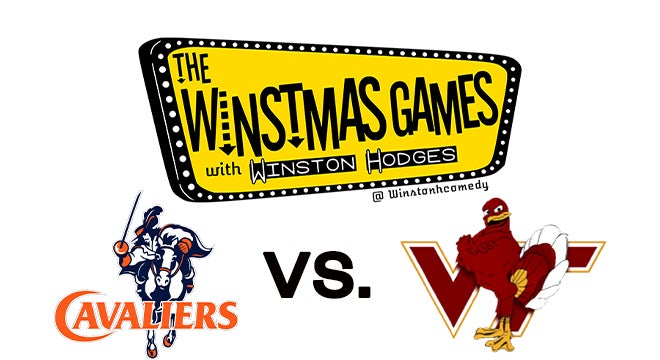 The Commonwealth Cup Winstmas Games is a one of a kind comedy game show hybrid. Winston hand picks 6 of the best comics with ties to UVA and VT. Then they will be separated into 2 teams to compete in a series of  themed improv games, audience participation, and physical challenges. So come watch a group of comedians compete for honor, glory, prizes and the Comedy Commonwealth Cup!
This month it is time to get serious! We are having our own battle for The Winstmas Commonwealth Cup! That is right it is a VT vs UVA themed Winstmas Games! So invite all of the Wahoos and Hokies that you know! Winston has handpicked people with ties to both schools to compete to see who wins the Comedy Commonwealth Cup! 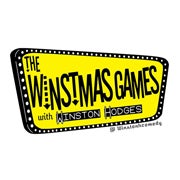