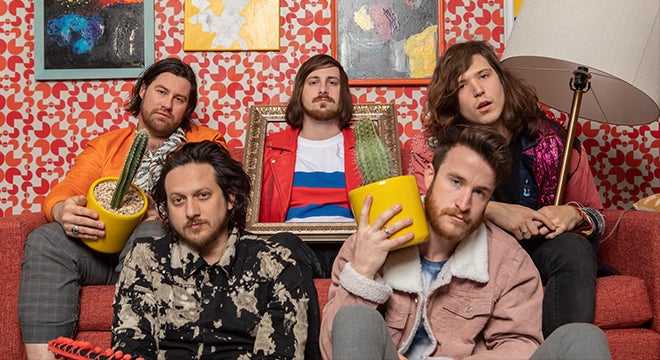 with The Orphan The Poet and Harli & The House Of Jupiter

About The Unlikely Candidates:

Based out of Fort Worth, Texas, The Unlikely Candidates are an indie rock band initially formed as an acoustic duo by childhood friends Kyle Morris and Cole Male in 2008. Eventually expanding the lineup to include guitarist Brenton Carney, bassist Jared Hornbeek, and drummer Kevin Goddard, the band was also able to expand its sound in bigger, more sweeping directions. In 2013, the band signed on with major-label Atlantic and released their debut EP, Follow My Feet. In early 2016, the Unlikely Candidates returned with a hooky new single in “You Love Could Start a War,” which made a strong showing on Billboard’s Alternative Songs chart.

About Harli & The House Of Jupiter:

Harli & The House of Jupiter is a band with a message. Growing up in Charlottesville, Virginia, multi-instrumentalist Harli Saxon witnessed everything from discrimination and poverty to abuse and the foster care system, and she turned to songwriting as a refuge. In 2016, Saxon found a kindred spirit in guitarist Jonathan Daughdrill and combined their diverse influences of blues, soul, punk, and metal, to create a unique style that they call “soul punk.” Along with Saxon’s cousin, drummer Jesse Lloyd, and bassist Ian Clickner, they became Harli & The House of Jupiter and set off on a mission: to make music that informs, inspires change, and challenges society to do better. 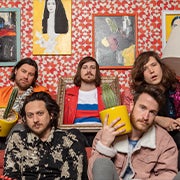