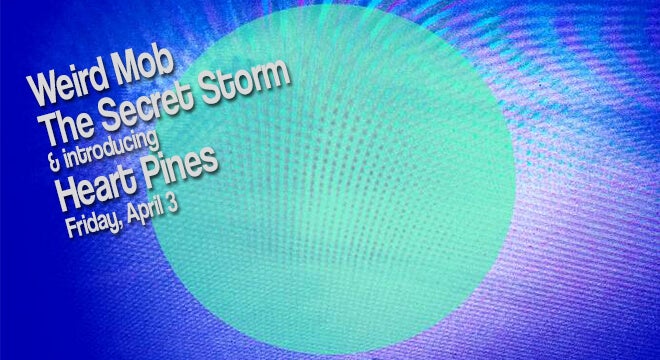 About Weird Mob: Weird Mob is the melodic synth-filled pop creation of married librarians Dave Gibson and Renee Reighart (Library of Congress and University of Virginia Fine Arts Library, respectively), dubbed Charlottesville, VA’s “most adorable power-pop power-couple“ by C-Ville Weekly, and brought to life with the help of Adam Brock (Borrowed Beams of Light, The Invisible Hand), Bryan Hoffa, and Kris Hough. After nearly a year in the making, Weird Mob is ready to unleash their first full length, entitled Wizzzzzzzzzzzzzzzzzzzzzards. For this record, the members of Weird Mob dove headfirst into their record collections and emerged
with a sound that’s three parts new wave, one part prog, two parts synthpop, and 100% catchy. From the driving Devo-esque “Hang It Up” to the epic prog experiment “Wizards,” the power pop jangle of “Hoping” and “Turn Up The Tape” to the Beatles-esque closer “It’s Over, Wizard” there is truly something for every melodic pop loving music fan to be found on this new record.

About The Secret Storm: At first listen, The Secret Storm seems to contain multitudes. The music itself seesaws between airtight pop melodies and a kind of brooding Americana—a landscape where winsome string sections and plaintive piano chords move easily alongside narratives about doomed romance and obsessive, occasionally all-encompassing, love. The music is both honest, sexy and, at various turns, both deeply intimate and amazingly huge-sounding. Lauren Hoffman—the singer, songwriter, and general force of nature behind The Secret Storm—has lived many musical lives. Her new musical nom de plume marks a sharp left turn in what has already been a remarkable career defined by unusual twist and turns. First signed to Virgin records back in 1997, Hoffman has gone on to release four full-length albums of knotty indie-pop before deciding to shift gears entirely and ultimately redefine herself as The Secret Storm.

“I found myself giving advice to a young musician and saying ‘Pick a name that is not your own name…and stick with it,” explains Hoffman. “As someone who has suffered from something of an identity crisis throughout my career, it struck me that it wasn’t too late to take my own advice. I’ve never felt good about recording under my own name. The ‘Lauren Hoffman’ that shows up on the credit card receipt at the grocery store and the ‘Lauren Hoffman’ who shows up on Spotify just felt like two very different things. I’ve also never really identified with ‘singer/songwriter’ as a genre, even though I am technically a singer and a songwriter. There is this folky connotation that never quite sat right with me. But the main reason for the change is that working under the name The Secret Storm creates a psychological distinction between me as a person and the work itself. It’s liberating.”

The first tracks to emerge as The Secret Storm reflect Hoffman’s newfound sense of liberation. Recorded at Sound of Music studios with longtime co-producer John Morand, the new songs bear a kinship to Hoffman’s atmospheric 2006 effort, Choreography. Characterized by a crystalline clarity of vision and emotional directness, tracks like “Family Ghost” and “Til It Lasts” rank among the most sharply rendered songs Hoffman has ever recorded. The latter track – a rumination on love and loss—showcases Hoffman’s knack for writing songs that are, on first listen, deceptively breezy, with lyrics that turn on dime. “ You’d die for their love / or die of it “ she sings, backed up by a plaintive piano and subtle strings, “I keep hoping love will come fix me.” Elsewhere in the same song Hoffman cleverly elucidates another side effect of complicated contemporary relationships: “And I’m calloused from bodies colliding with mine.”

“I’ve taken a few different turns over the course of my career, for sure,” says Hoffman, “It feels like there is a through line from my first record (1997’s Megiddo) to Choreography to these songs that I’m working on as The Secret Storm. Some of the other records I made were more experimental, but this is much more what I feel is truly ‘me’. Actually, some of these songs are old.  After Choreography I had a batch of songs but I put them aside because I was so sick of hearing myself complain about being in love with a certain guy. However, they seem to fit in with the songs I have written more recently… One of the reasons that I like the name The Secret Storm is that it represents this private emotional life we carry around inside of us. As a fairly rational, reasonable person, the way I talk about my life out loud to a casual friend is not necessarily the same way that my feelings might speak. Songwriting is this amazing place where you can let your feelings talk, you can express things that you have to keep hidden in your day to day life.”

Tapping into hidden emotional undercurrents seems to be a theme with The Secret Storm, but nowhere more so than on “In the Sun”—the first proper single. “So bright, so right, the way you shine, it burns me from the inside,” sings Hoffman, “Please don’t be done with me / I’m not finished with / The way you make me feel like I could live forever in the sun.” The song is equal parts celebration and warning, a treatise on the inner battle between desire and rationality. “It’s definitely about feelings you can’t control, “she explains, “Which is actually true of all feelings. We like to think we are in control, but maybe we never actually are.”

For Hoffman—an artist with a long and storied history of being swept along by the complicated and often mercurial nature of the music business—assuming control of her career, her music, and her name has proven to be a watershed experience. The Secret Storm will be an ongoing project in which songs are rolled out in small batches, each accompanied by their own specific visuals. She also assembled a band for The Secret Storm, which not only opens up the ways in which the songs can be played, but also alleviates some of the doldrums that come with touring as a solo act. The freedom to write and record of her own volition, to celebrate her own wily set of influences (“I probably have more in common with goths than other singer/songwriters,” she says, “My favorite band is The Cure.”), is something Hoffman has spent the better part of the last decade dreaming about.

“There were definitely times when I wanted to be done with the music business,” she says, “Times when the business of music became so frustrating, so divorced from the artistic process and such a popularity contest, that I would lose touch with my inspiration. And without that - If the songs don’t come, if I feel cut off from inspiration - what’s the point? But what does give me energy is genuine connection. A couple of years ago I discovered that people – young girls mostly – are tweeting my lyrics from “Broken”, like every day. (“You’re a little bit damaged/I’m a sucker for that”). Knowing that my music has gone out into the world and connected, that my music is the soundtrack to someone’s private life – in their bedroom, their car, their earbuds – that is profoundly gratifying.”

For Hoffman, The Secret Storm represents a full-circle creative moment. By creating a project outside of her own name, she has created the kind of musical vehicle capable of channeling and containing all of her influences: from gloomy post-punk to buzzing grunge era alt-rock to quiet, acoustic-driven folk. The Secret Storm offers a vessel in which all of these aesthetics somehow make sense, in which Hoffman’s narratives of love and light and loss make their own very particular and truly wonderful kind of sense.

About Heart Pines: The one thing certain in life is that in life, nothing is certain. Change is immanent and creativity blooms in cycles. HEART PINES lush, genre-blurring pop noise takes you from hot country roads to dark forests of dense arrangements. The forthcoming  “Lark Mirror” EP from Jessie and Bryan Hoffa is the fruit born from two peoples’ realization that everything is not always as it seems. Their Charlottesville based band is the budding, new growth built around a musical marriage that has lain fallow for a decade. Fans of their last band, Broken Hips, will appreciate the familiar strains of musical saw and vibraphone built around Jessie’s beautifully haunted vocals. In addition to Bryan’s guitar and vocal work they are refined by Jason “Swiss” Butler (The Bloody Angle, Sarah White and the Pearls) on guitar and lap steel, Mark Simpson (Pantherburn) on bass and Stuart Gunter (Wrinkle Neck Mules, Sarah White and the Pearls, Sally Rose Band) on drums. HEART PINES live show is something you don’t want to miss. 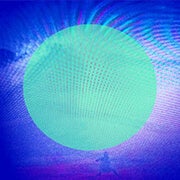