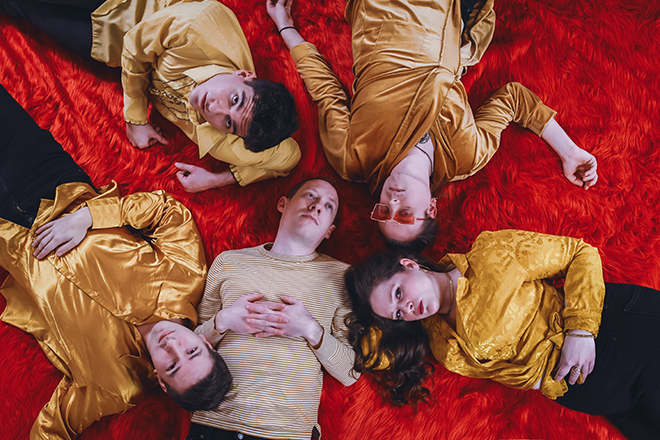 with Tennishu (from Butcher Brown)

About Erin & The Wildfire:

Erin & The Wildfire started as four college kids in Charlottesville, Virginia making music just for fun, but has grown into a flourishing, decade-long musical relationship among four best friends. E&TW, who now call Virginia’s capital city of Richmond home, have evolved their sound over the past ten years to where it currently stands firmly in the soul and indie-pop genres, drawing influences from a wide range of artists including Emily King, D’Angelo, YEBBA, Vulfpeck, and Donny Hathaway.

The band blends the expressive, powerhouse vocals of frontwoman, Erin Lunsford, with the pop, funk, and indie sensibilities of bandmates Ryan Lipps (guitar), Nick Quillen (drums), and Matt Wood (bass). In addition to the core four, E&TW has recently found a kindred musical soul in keyboardist Stephen Roach, who has played with the band since 2019.

Lunsford’s lyrics are often deeply personal, focusing on her journey through struggles with body acceptance and self-love. With a passion for songwriting running through her veins from an early age, Lunsford endeavors to connect with fans of all ages by sharing her lived experiences with climate change and fighting the patriarchy in music. E&TW aim to make their shows a space where the audience will feel safe and accepted.

“Each show feels like it’s the next and last chance to explain ourselves –another chance to connect with the audience to speak our truth. We hope that people seeing us for the first time (and repeat viewers!) feel appreciated and comfortable and we hope they feel inspired by the tunes.”

The band recorded their second full-length album in the Summer of 2021, after nearly a year and a half of virtual songwriting and collaboration during the global pandemic. This highly anticipated new release was produced by Grammy-nominated producer Matthew E. White. The record is expected for release in Spring 2022. The meticulous production, impeccable songwriting, and sensual vocals are present as ever on an album that polishes the signature style introduced by their popular single “Shape” in 2020.

E&TW have also made appearances at some of the largest festivals on the East Coast including LOCKN’, FloydFest, CMJ, RoosterWalk, and more. In 2019, Garret Woodward for Rolling Stone cited Lunsford’s vocals as the peak moment of FloydFest’s 2019 Buffalo Mountain Jam writing, “The jam reached its peak when Erin Lunsford (of Erin & the Wildfire) howled into the heavens.”

Based in RVA, Tennishu has been producing, recording and performing music all over the world for the last two decades. Known for being equally proficient on trumpet and saxophone, Tennishu is also a lyricist and a rapper with an extensive catalog of self-released recordings. Whether in the studio hammering out his next solo project or touring the city streets with the progressive powerhouse known as Butcher Brown, Tennishu delivers a potent and consistent experience no matter what he puts into the microphone.

His latest single, “It’s Too Late” featuring Jarred Van Der Vyver, is the second record from this collaboration and it is becoming a pattern of creation for Tennishu that symbolizes the connectivity that music brings all over the world.

2022 will bring lots of releases from Tennishu and James Infinite. The Heat Tape, Vol. 4: The Rap Up is heating up for later this year as well as many different collaborations with artists from different disciplines of art. Stay tuned! 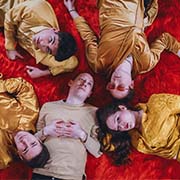