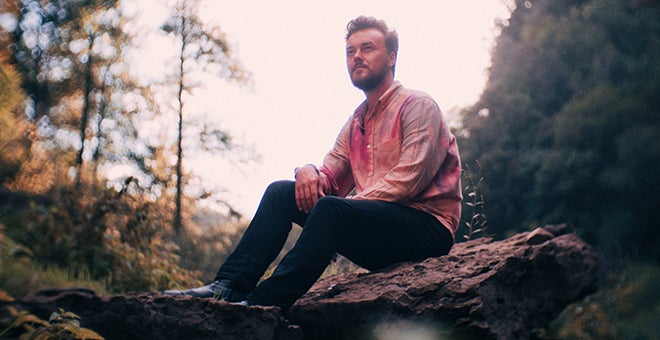 Hailing from the small town of Purcell, Oklahoma, Parker Millsap brings a maverick intensity to his brand of Americana. Ranging from the spare acoustic tone of his early-2010s output to the more nuanced structure of 2018's rock-driven Other Arrangements, the singer and songwriter continued to hone the layers of his sound heading into the next decade. His fifth album, 2021's Be Here Instead, was recorded live in the studio with a full band.

As a youth, Millsap alternately spent time singing hymns at his local Pentecostal church and saturating himself in old blues albums, which influenced his unique style along with folk, country, and vintage Elvis-flavored rock & roll. While still in his late teens, Millsap recorded his mostly acoustic debut, Palisade, with childhood friend Michael Rose accompanying him on double bass. Two years later in 2014, his self-titled second LP introduced his signature sound, bringing him national acclaim and leading to support slots with heavy-hitting roots acts like Jason Isbell, Old Crow Medicine Show, and Lake Street Dive. His fiery Southern gothic songcraft was further developed on his third record, The Very Last Day, which arrived in early 2016. The following year saw the release of the Third Man Records-issued Luck Mansion Sessions, a collaboration with Grammy Award-winning folk artist Sarah Jarosz. Millsap made a slight stylistic detour for 2018's Other Arrangements, dialing back on the gospel and folk and delivering a hook-filled set fueled by rock, power pop, and soul. The full-band sound continued on 2021's Be Here Instead, which was captured live in the studio by producer/engineer John Agnello (Waxahatchee, J Mascis).