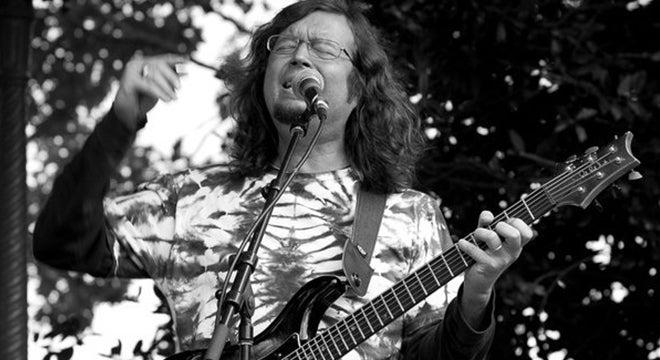 The John Kadlecik Band features one of the most loved guitarists in the scene, with a mix of his musical friends playing both original music and fan favorites in a format that is a sheer pleasure for festival audiences. The John Kadlecik Band is embarking on a national tour this November and December and is ready to visit markets new and old and dazzle new audiences with the band's take on well loved songs and his own original works.

While most of the bands he played with wrote their own music, in 1997 John co-founded the group Dark Star Orchestra, a band exclusively devoted to playing the well-documented actual setlists of the Grateful Dead. Originally started as a side-project house band for some of the best local deadhead musicians, "DSO" rapidly became a nationally touring band, attracting many guests to join them onstage, including John Fishman, Mike Gordon, Sam Bush, Jorma Kaukonen, John Popper, Sanjay Mishra, Tom Constanten, Vince Welnick, Bill Kreutzmann, and Bob Weir to name a few.

In 2009, John departed from Dark Star Orchestra to join Furthur, with original Grateful Dead members Phil Lesh and Bob Weir. Since then that band has toured tirelessly, filling arenas and headlining festivals. More recently John has been the frequent lead guitar player for Phil Lesh and Friends, meshing into that ever changing line-up.

Even within this extremely busy schedule, John also time for other musical projects, both live and in the studio. A bluegrass band, numerous short-lived original groups, and in 2003 John began playing sporadically with Melvin Seals. Out of those shows came a group with Melvin called The Mix, also featuring Greg Anton, Jeff Pevar, and Kevin Rosen. The Mix toured nationally and went on to sign a recording contract, releasing a full length CD in 2004 titled, American Spring, but eventually disbanded for lack time in everyone's schedule to tour.

John now lives near Washington, DC, and when not on the road with the John Kadlecik Band, appears as a solo acoustic performer and as a featured guest performer with other bands, including as a frequent and special guest of Everyone Orchestra and Melvin Seals and JGB.