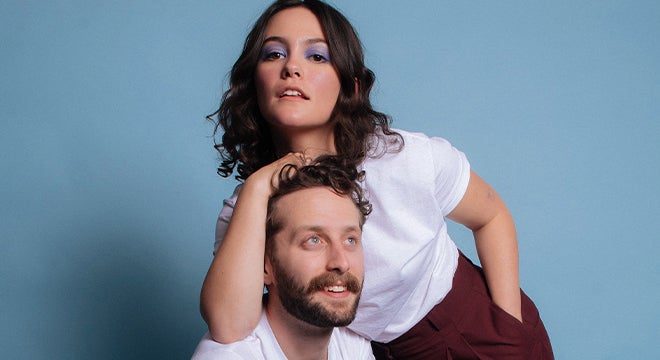 Diet Cig are here to have fun. They’re here to tear you away from the soul-sucking sanctity of your dumpster-fire life and replace it with pop-blessed punk jams about navigating the impending doom of adulthood when all you want is to have ice cream on your birthday.

Alex Luciano (guitar and vocals) and Noah Bowman (drums) have been playing music together ever since Luciano interrupted the set of Bowman's previous band for a lighter. The New York duo have since released the infectious, 2015 ‘Over Easy’ EP that introduced consistent sing-a-long lyrics with thrashing drums and strums that never held back.
‘Swear I’m Good At This’ is the first full-length from the band and accumulates their tenacity for crafting life-affirming, relatable tales with a gutsy heart at their core. Luciano has the ability to write lyrics that are both vulnerable and badass, perfecting a storm of emotive reflection that creates a vision of a sweaty, pumped-up room screaming these lines in unison. Diet Cig make it okay to be the hot mess that you are.

But there’s also a deeper, more powerful fuck-you among the bangers that see Diet Cig grow into an unstoppable and inspiring force. “I’m not being dramatic, I’ve just fucking had it with the things that you say you think that I should be” spits Luciano on “Link in Bio”; “I am bigger than the outside shell of my body and if you touch it without asking then you’ll be sorry” she yells on “Maid Of The Mist”. It’s the sound of a band doing things on their own terms.
Wrapping up ‘Swear I’m Good At This’ on Halloween 2016, exactly two years after they finished recording ‘Over Easy’ on Halloween 2014, Diet Cig’s first, full-length LP validates the experiences of punks who aren’t always accepted first time around; the punks who throw their deuces up at the dominating bro-dudes and ignite the importance of owning everything that you are.

It’s very strange (“Or not strange at all! Hi!” says feminism) that most of the music we funnel into little girls’ ears——even music written by former little girls——is about how women are petty, pretty garbage whose only valuable function is to hold perfectly still in men’s boudoirs and wait for intercourse. “I wanted to make songs that were the opposite of ‘Genie in A Bottle’ or ‘The Boy Is Mine,’” Sadie Dupuis says of Slugger, her new solo album under the name Sad13. “Songs that put affirmative consent at the heart of the subject matter and emphasize friendship among women and try to deescalate the toxic jealousy and ownership that are often centered in romantic pop songs.” What!? Songs for women that actually champion women’s autonomy, reflect women’s desires, listen to women when they talk, and let women be funny and normal and cool, like women actually are? 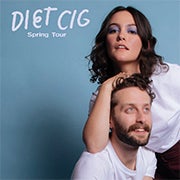