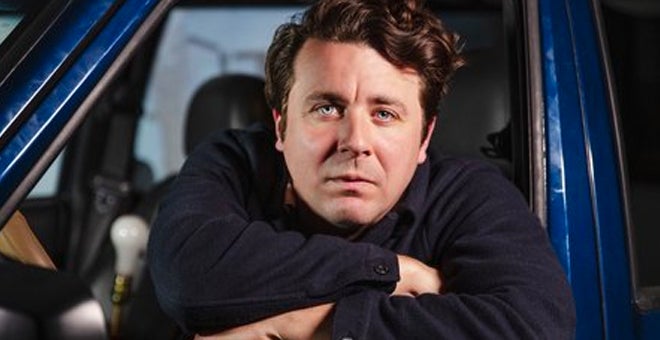 When Joe Pug snuck into a Chicago studio in 2007 to record his debut EP, he had more misgivings than songs. “My most vivid recollections from those sessions,” he says with fifteen years’ hindsight, “involve sitting in the studio between takes and thinking to myself, I have no idea what I’m doing. I can barely play guitar. I can barely play harmonica. I can barely sing on key. I can barely keep time. But there was still something about these songs—something extra about these songs.” They were austere and rough, wounded and bruised, yet they were full of vivid, visceral imagery and turns of phrase both clever and caustic, all delivered in a voice that came across as convincing precisely because it was so untrained and guileless.

A lifetime later, Nation of Heat remains his most popular release, with more than 20 million streams on Spotify alone, and he keeps these songs in his setlist even now, as though he’s still trying to puzzle out their implications. That’s partly why he decided to revisit and reinterpret them from a place of experience and perspective. Nation of Heat Revisited sounds livelier, rowdier, punchier, but also more sophisticated, headier. “It’s how I would’ve wanted the record to sound in the first place if I’d had the money and the ability to do it this way. But I knew this album couldn’t just be the original songs with a bar band behind me as I played an acoustic guitar. I didn’t want to just add a rhythm section. It had to be a complete reimagining.”

In other words, it couldn’t be simply a do over. He had to transform the songs, breathe new life and meaning into them, and open them up to new possibilities. The skeleton key was “Hymn #101”—the opening track of the album and of his career, the song that plants a flag in rocky Americana soil. “I knew I had to get a powerful version of that song. If I didn’t, the album wouldn’t work at all. I probably spent 70 percent of my time working on it. I had three or four versions of it that I would play for people close to me, and they’d listen to it and shake their heads and say, ‘That ain’t it, man.’” For six months he tinkered with it at his home studio in Maryland, but nothing sounded like the dramatic reinvention that would define or justify revisiting Nation of Heat.

The breakthrough came when he sent the track to Mark Stepro, a Los Angeles-based drummer who toured with Pug in the 2010s. “Everything I’d done had this Americana shuffle to it, a kind of train rhythm underpinning everything, and it just wasn’t working. Mark came in, listened to the song, and said he was going to make an aggressive choice on it. Could I commit to that? Or did I want something more conventional?”

Of course he wanted something new.

“I remember importing his drums, bringing them up in the mix in my studio, and just waiting for it. Then he comes thundering in, like a chase scene in an action movie.” The new version opens with a church organ interrupted by a crisp guitar theme, then the drums enter just after he delivers that crucial line—“I’ve come to test the timbre of my heart.” In 2007 “Hymn #101” was an introduction to a new artist intent on carving out a place for himself; in 2022 it’s a reminder why the older artist still keeps at it.

After that song fell into place, the rest of Nation of Heat Revisited followed, full of moments that would have been impossible fifteen years ago: the gracefully uneasy sway of “Nobody’s Man,” the resigned yet promising mantra of “Speak Plainly, Diana,” the grim lullaby melody of “Hymn #35.” It helped that he had so many close friends that he could ask for contributions, all of whom responded enthusiastically. “I got to spend these amazing mornings going through these great takes from these great musicians, making composites of them, trying different versions, mixing them in different ways, arranging them in different ways. It was the most gratifying part of the process.”

Pug built these songs from parts by Courtney Hartman, Carl Broemel (My Morning Jacket), Derry DeBorja (Jason Isbell & the 400 Unit), and Brandon Flowers (the Killers), among others. “What this project showed me is that there are a lot of different forms of wealth in this world and there’s a very important kind of wealth that I didn’t even know I had. I have this community that is committed to the same artistic values that I’m committed to.”

There’s another, larger community just on the outskirts of these songs: a nation of heat that has changed dramatically in the last 15 years. Pug recorded these songs in the waning years of the Bush era, and he rerecorded them at a moment of transition between administrations and between Covid surges, when America is more divided and more imperiled. “When every revolution is sponsored by the state,” he sings on “I Take My Father’s Drugs,” “there’s no bravery in bayonets tearing down the gates.” Fifteen years ago he barked that line with a fiery outrage, but now there’s a frustrated tone in his voice, as though the pointlessness of protest had become a national tragedy. “There are parts of that song that really examine how people engage in political activity and how they drape themselves in some sort of glory. They take this moralizing tone, but really what they’re doing is trying to look cool in front of their friends. That’s fine, I guess, but don’t pretend you’re saving the world by doing it.”

Nation of Heat Revisited isn’t meant to replace Nation of Heat. Rather, Pug intends this new album to comment on his debut and to sum up everything that has followed it. It’s more thoughtful than a greatest hits package, more revealing than a memoir, and it retains the extra-ness of these songs. “I’ve never been far away from them,” he says. “These songs are how I’ve paid my rent and my mortgage. They’re how I’ve bought my kids diapers. When I got out on the road, these are the songs that people want to hear, and they’re the songs I want to give people. I’ve spent more than a decade playing them in different cities all over America, all over the English-speaking world, and I trust that they’re able to convey what I want them to convey. For a certain type of listener, I know they’re going to connect.” 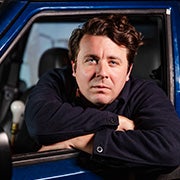