Due to unforeseen circumstances, the Kasey Chambers show tonight at The Southern is postponed. We are working to reschedule the date as soon as possible. Ticket purchasers can be refunded at the point of purchase through July 31 and will be first to know once a new date is confirmed. The Southern and Kasey’s team sincerely apologize for any inconvenience and look forward to playing in Charlottesville soon! If you have any questions, please do not hesitate to contact The Southern Customer Service at information@thesoutherncville.com.

Australian singer-songwriter Kasey Chambers embarks on the U.S. leg of her international tour in support of her eleventh studio album Dragonfly. The album debuted in Australia at #1 on the ARIA Albums Chart as well as being #1 on the ARIA Top 50 digital albums, Top 40 Country Albums, Top 20 Australian Artist Albums and Top 20 Australian Artist Country Albums. The album’s official U.S. release is set for later this spring.

Of the new recording, Chambers reflects, “Working with Paul Kelly as my producer on one side of the double album Dragonfly was a dream come true. Paul brought out a whole new side of me, but then I also got to enjoy the comforts of recording with the person who knows and has shaped my original sound better than anyone, my brother Nash, along with my live touring band who have become a huge part on my sound. This double album shows who I am as much as any piece of work I have ever done.”

Acclaimed artist David Bromley created a portrait of Chambers for the album’s cover art. He explains, “In painting Kasey I first endeavored to find her, instead I found many different dimensions and aspects. This portrait combines them all because she is at once uncomplicated and also a mysterious individual—this combination is very alluring.”

“Songwriting excellence and passion in performance that is so hard to find these days, except, perhaps, by her very few peers in this field, including Gillian Welch, Patty Griffin and, of course, the great Lucinda Williams.”—Huffington Post

“A towering songbook, wordy and resigned, Dragonfly is the opus of Australia’s foremost progenitor of, and innovator in, the country-roots fold. It’s the masterwork
of a heart laid bare in song.”—Rolling Stone Australia

Garrett Kato is a Canadian Born musician and songwriter. He lives in Byron Bay, New South Wales with his Australian partner and daughter.

In 2015 Kato released his second album That Low and Lonesome Sound, to much critical acclaim. “A gentile gem rich with song writing nous and emotion leaking from every pore.”  - Rolling Stone Magazine. Prior to the release of the LP Kato signed a three album publishing deal with Sony ATV.

“Sweet Jane” was featured in the Hollywood Motion Picture “Bad Moms” and spent several weeks in the top 100 US Alternative charts as well as racking up over 1.5 Million Spotify plays.

Kato has toured extensively throughout Australia with artists such as Pete Murrray, Bernard Fanning and Kasey Chambers. He has captive crowds with his detailed songs and masterful melodies that walk the line between Americana and Folk.

At times, That Low and Lonesome Sound evokes subtle images of a darker Springsteen with the moments of lush beautiful instrumentation from the likes of Bon Iver. The album was recorded over two years at Kato’s homer studio in Byron Bay with the help of engineer Anthony Lycenko . Kato had been living in Australia four years Once the record was finished, the dramatic life event was a detailed in centre piece of the album. 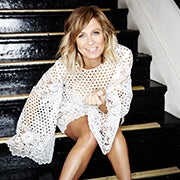