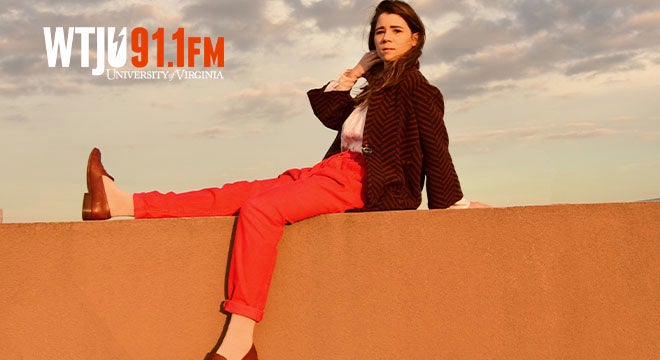 Originally Lady Lamb the Beekeeper, Lady Lamb is the stage name used by Aly Spaltro, a singer and songwriter whose music is a beguiling and imaginative fusion of folk, pop, and indie rock. Emerging in 2009 with a collection of home recordings, Spaltro issued her evocative debut full-length effort, Ripely Pine, in 2013 via Ba Da Bing Records. She continued to hone her introspective songwriting skills on subsequent offerings like After (2015) and Even in the Tremor (2019).

Spaltro was born in Portsmouth, New Hampshire in 1990, and relocated to Brunswick, Maine with her family in 2003. A serious film enthusiast, Spaltro became a regular customer at a video rental shop in Brunswick, Bart & Greg's DVD Explosion, and after graduating from high school, she took a job at the shop during a gap year before entering art school. Spaltro was working the closing shift at DVD Explosion, and with the permission of the owners, she used the space as a makeshift music studio after hours, writing and recording songs on makeshift gear from late at night into early in the morning. In 2007, she began releasing home-crafted recordings of her songs, featuring her own artwork and sold at a local music store; instead of billing herself as Aly Spaltro, she used the name Lady Lamb the Beekeeper, taken from some late-night jottings in her journal. Hoping to expand her boundaries as a musician, Spaltro moved to Portland, Maine in 2008, and began making a name for herself on the local music scene. In 2013, she was approached by Brooklyn, New York's Ba Da Bing Records to record an album, and Ripely Pine became Lady Lamb the Beekeeper's first nationally distributed release. The album earned enthusiastic reviews and led to extensive touring in the United States, Europe, and the United Kingdom. She jumped to Mom + Pop Records for her next full-length album, 2015's After. It landed on the Billboard rock, independent, and Heatseekers albums charts. She followed it in late 2016 with the vulnerable Tender Warriors Club EP, which saw her officially crop her pseudonym to Lady Lamb. Spaltro returned to Ba Da Bing for her third studio LP, the inward-looking Even in the Tremor. 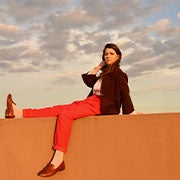