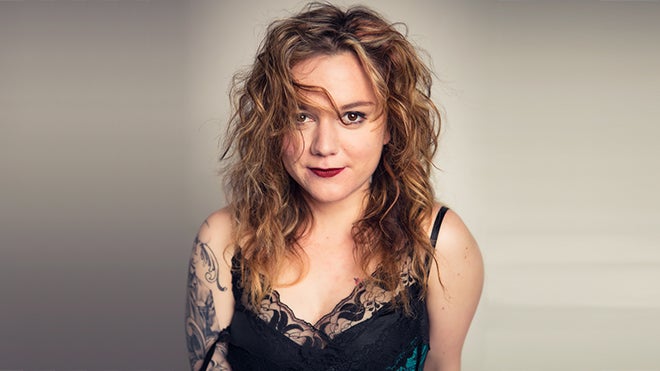 Blessed with a commanding, blast-it-to-the-back-of-the-room voice, the 25-year-old Lydia Loveless was raised on a family farm in Coshocton, Ohio—a small weird town with nothing to do but make music. With a dad who owned a country music bar, Loveless often woke up with a house full of touring musicians scattered on couches and floors. She has turned this potential nightmare scenario (eww....touring musicians smell...) into a wellspring of creativity.

When she got older, in the time-honored traditions of teenage rebellion, she turned her back on these roots, moved to the city (Columbus, OH) and immersed herself in the punk scene, soaking up the musical and attitudinal influences of everyone from Charles Bukowski to Richard Hell to Hank III.

Loveless's Bloodshot debut album Indestructible Machine combined heady doses of punk rock energy and candor with the country classicism she was raised on and just can’t shake; it was a gutsy and unvarnished mash-up. It channeled ground zero-era Old 97s (with whom she later toured) but the underlying bruised vulnerability came across like Neko Case’s tuff little sister. Indestructible Machine possesses a snotty irreverence and lyrical brashness that’s an irresistible kick in the pants.

On her second Bloodshot album Somewhere Else, released after a few 7" singles and an EP, Loveless was less concerned with chasing approval – she scrapped an entire album’s worth of material before writing the set – and more focused on fighting personal battles of longing and heartbreak, and the aesthetic that comes along with them. While her previous album was described as “hillbilly punk with a honky-tonk heart” (Uncut), this one couldn’t be so quickly shoehorned into neat categorical cubbyholes. No, things were different this time around—Loveless and her band collectively dismissed the genre blinders and sonic boundaries that came from playing it from a safe, familiar place. Creatively speaking, ifIndestructible Machine was an all-night bender, Somewhere Else was the forlorn twilight of the next day, when that creeping nostalgia has you looking back for someone, something, or just... anything.

2016's Real is one of those exciting records where you sense an artist truly hitting their stride, that their vision is both focused and expansive, and that their talent brims with a confident sense of  place, execution and exploration. Whether you've followed Lydia's career forever, like us, or if you are new to her ample game, Real is gonna grab your ears.

On her first two Bloodshot albums, there were fevered comparisons to acknowledged music icons like Loretta Lynn, Stevie Nicks, Replacements, and more. She's half this, half that, one part something else. We hate math. But, now Real and Lydia Loveless are reference points of their own. Genre-agnostic, Lydia and her road-tightened band pull and tease and stretch from soaring, singalong pop gems, roots around the edges to proto-punk. There are many sources, but the album creates a sonic center of gravity all its own.

Always a gifted writer with a lot to say, Lydia gives the full and sometimes terrifying, sometimes ecstatic force of the word. Struggles between balance and outburst, infectious choruses fronting emotional torment are sung with a sneer, a spit, or a tenderness and openness that is both intensely personal and universally relatable. It is, as the title suggests, real.

Loveless penned an original song for the 2015 film I Smile Back, starring Sarah Silverman, and was the subject of the 2016 documentary Who Is Lydia Loveless?, directed by Gorman Bechard.

While those stints may have never been his main destination, each one has been a stepping stone that has uniquely informed his songwriting and made him a compelling, singular artist. Tasjan’s songs, as first heard on his debut solo EP, 2014’s Crooked River Burning, are indebted to great American storytellers like John Prine, Tom Petty, Guy Clark, Steve Goodman, Arlo Guthrie and Todd Snider. They are imbued with wry wit, a sharp tongue and a lot of heart.

Last year’s self-released LP, In The Blazes, received accolades from American Songwriter, Rolling Stone, Nashville Scene and NPR and suggested Tasjan was an artist to keep an eye on. While that album hinted at Tasjan’s enormous potential, it’s his sophomore effort, his New West Records debut, Silver Tears, that best realizes his artistic ambitions and solidifies him as one of the most intriguing singer/songwriters to emerge in sometime. An inspired and confident set of songs, the 12-track album, which features a cover with Tasjan decked out in a reflective suit and Stetson, careens from woozy pot paeans to brooding, cinematic observations to laid back ‘70s country-rock and galloping anthems to introspective folk and rollicking honky-tonk. “I might have made something that will surprise people,” Tasjan admits. “I didn’t completely abandon the recipe, but I really stretched myself and pushed beyond what people might expect from me. Being true as a musician, I’m not just one thing – and a variety of styles is a way to accomplish that. “

As in the song “On Your Side,” which sees Tasjan warble, “I sing jokes/And call ‘em songs/Nobody knows where they belong/I’ve come up short/For far too long/And what felt right/Now feels so wrong,” Tasjan often turns the mirror on himself, never afraid to cast himself in a negative light. “One of the reasons I’ve been able to connect with people is by being honest and saying this is a really realistic picture of who I am,” he says. “It’s not always the good but it’s me.” <iframe src="https://embed.spotify.com/?uri=spotify%3Atrack%3A3OzVT1VrK9ZUDIw8hnJFyK" width="300" height="380" frameborder="0" allowtransparency="true"></iframe> 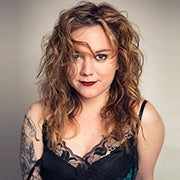