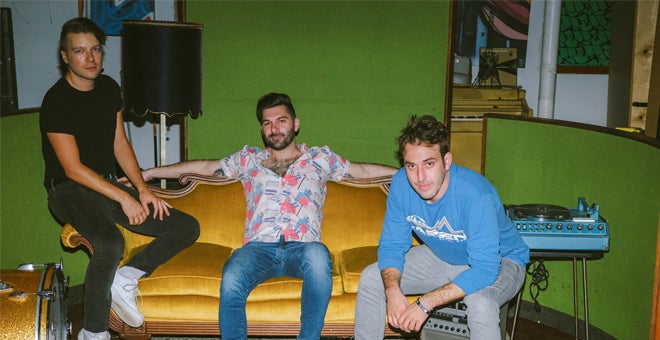 Shades on and shirts unbuttoned, Magic City Hippies generate the kind of heat that could’ve powered a high seas yacht party in the seventies or shake a Coachella stage next summer. If the trio—Robby Hunter, Pat Howard, and John Coughlin—stepped off the screen from some long-lost Quentin Tarantino flick in slow-motion (instruments in hand), nobody would question it. Embracing everything from AM radio rock and poolside pop to nimble raps and salsa, they lock into an era-less vibe with no shortage of psychedelic funk or hooks. The three-piece deliver the kind of bangers you can play on the way to the party, during the party, and to smooth over the comedown as the sun comes up.

As the guys so eloquently describe it, they “give people a choice to enjoy this on the surface level, feel funky in their bodies, and dance…or go deeper into the music.”

As legend has it, the origin of Magic City Hippies can be traced back to Robby’s days of permit-less busking in Miami. Eventually, Pat and John proved to be better accompaniment than his loop pedal, so the trio played regular bar gigs and built an audience locally. They formed as Robby Hunter Band, released the Magic City Hippies album, and adopted the title as their name. That LP gained traction in 2013 with syncs on The CW’s iZombie and Showtime’s Ray Donovan. On its heels, 2015’s Hippie Castle EP catalyzed their breakout as “Limestone” piled up over 21 million Spotify streams followed by “Fanfare” with another 20 million Spotify streams. They toured endlessly and moved crowds at Bonnaroo, Lollapalooza, Hulaween, Okeechobee Fest, Electric Forest, and Austin City Limits, to name a few. Along the way, the band also picked up acclaim from Relix and OnesToWatch as they dropped the fan favorite Modern Animal in 2019. When the world shutdown, the boys settled in different parts of the country (Rob “doing his Johny Mayer thing” in Bozeman, MT, Pat in Los Angeles, CA, and John still in Miami). Remotely, they wrote what would become their third full-length album, Water Your Garden, released January 2022. As things opened back up, the musicians put it all together in person.

Armed with singles such as “Queen,” the falsetto-spiked “High Beams” [feat. Nafets], “Diamond,” and “Ghost On The Mend” Magic City Hippies are ready to heat up their next chapter now.

WILLIS is an indie-band based in Nashville, TN. With psychedelic soundscapes, a touch of indie, alternative blues and surfer rock, WILLIS wears authenticity fastened on to their sleeves. For them, it is not about imitation, but instead they seek to illicit pure and honest emotion to the highest degree. Above all, WILLIS creates music not just for aural enjoyment, but to also deeply resonate and connect with.

Consisting of Murphy Billings (Bass & Vocals), Glenn O'Steen (Drums), Will O'Steen (Synths), Edward Armstead (Guitar), and Trey Murphy (Guitar), the five members have combined their musical talents to create their brand of indie rock. Having all attended the same school in their hometown of Florence, Alabama, they formed as a band in 2016 and the rest was history. 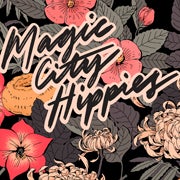