About Nick Waterhouse:
Nick Waterhouse grew up in a coastal town near Long Beach, CA. It was a serene setting: the ocean stretching out for miles to the North and South, manicured lawns, two-story homes, long swathes of concrete highway, fast food chains and mega malls. He was there for two decades. Then, he left.

He found a home in his early 20s in San Francisco, working at record stores alongside a collective of likeminded young crate-diggers and 45 collectors. And then he started making his own records: “Time’s All Gone” in 2012, “Holly” in 2014, and “Never Twice” in 2016. These were evocative albums, steeped in a perfectionism and clarity of vision that informed every choice, from the studios to the players, the arrangements to the album art. Everything, deliberately designed and purposeful, bubbling over with power and feeling.

And as those records rolled out into the world, Waterhouse found a dedicated audience of his own as well as a bevy of influential champions and collaborators, including garage-rock mystic Ty Segall, retro-futurist R&B bandleader Leon Bridges and the LA-based quartet Allah-Las, whose first two albums he meticulously produced and played on. There is a “Waterhouse Sound” and it comes from both the man and the method — recording everything on magnetic tape, through analog equipment, and playing live (!), eyeball to eyeball, whenever possible.

Now, he’s finished his fourth album. He’s calling it “Nick Waterhouse.” And whether intentional or not, it is perhaps his most reflective — and reflexive — album, employing all of the mature production techniques learned throughout his professional career while retaining a viscous edge that allows it to land with colossal impact — more raw, heavy and overtly confrontational than anything he’s made before.

“Nick Waterhouse” was recorded at the finest working studio in Los Angeles, Electro Vox Recorders, and co-produced by Paul Butler (The Bees, Michael Kiwanuka, Devendra Banhart), the master of all things warm, rich and wooly. Nick’s songs here are personal, but personal in the way that “Please Mr. Postman,” “What’s Going On” and “Cathy’s Clown” are — intimate, direct, yet still malleable enough for listeners to suffuse their own life stories into the mix. The album is thick with talented players, including Andres Rentaria, Paula Henderson and the staggering, howling saxophone of Mando Dorame.

All of the new Waterhouse songs sound big. Brawny and muscular. The lyrics are suspicious, outraged and, at times, very vulnerable (muscle is just flesh, after all). Waterhouse uses an economy of words to deliver complex, coded messages. He offers up equal parts criticism of the time we live in and innate human flaws. He paints relationships under the cover of darkness, slashing through neo-noir fantasies that are romantic, blood-spattered and bracingly aware of the powerlessness felt among people, amid the rapid onslaught of commercialism and technological progress. And, as has become his signature, he throws in a tune written by a close friend. On this record, he covers “I Feel an Urge Coming On” in tribute to the song’s author, Nick’s own mentor and collaborator Joshie Jo Armstead, who wrote music with Ray Charles and sang as both an Ikette and Raelette in the ’60s and ’70s.

He’s four albums in, but it makes sense that this specific record is the one that takes his name. You can really here Nick on this one. Not just the band. Not just the songs. Not just the sound. HIM. You can hear his mind at work. His passion. His focus. More importantly, you can feel it.

John Coltrane’s 1965 magnum opus A Love Supreme is one of the most revered and influential recordings in the history of jazz, widely regarded as the iconic saxophonist’s masterpiece. It might seem audacious at the very least to undertake a new recording of such a foundational album, but twin brothers Jared & Jonathan Mattson are nothing if not sonic risk-takers.

With their new release Mattson 2 Play “A Love Supreme,” the duo reimagines Coltrane’s avant-garde epic through a 21st-century lens, creating a new interpretation that remains faithful to the questing spirit of the original while pushing the music into bold new territory – which itself is fully in keeping with the composer’s forward-looking vision. The album (via Spiritual Pajamas, 2018), translates the Coltrane Quartet’s acoustic jazz explorations into a modern language swathed in a haze of analog synths, ecstatic guitars, transcendent grooves and enveloping atmospherics.

“The purpose of our reinterpretation of A Love Supreme was to lean into the spirit of exploration and transformation that’s embodied in jazz” says Jared Mattson. “We don’t claim to be traditional jazz musicians, for us it’s about creatively adapting the art form, decontextualizing it, and exploring the genre in new ways. Jazz has been confined to such a narrow definition over the years and we want to make sure the genre continues to grow and evolve. It should be a living, breathing thing.”

That mission certainly fits with Coltrane’s own intentions for the piece, which is less a set composition than a framework for spiritual communion through improvisation. The Mattson brothers have a particular advantage when it comes to achieving that level of communication: the unique telepathy that exists between identical twins, an unspoken empathy that they refer to as “twinchronicity.” In A Love Supreme, the Mattsons saw a way to channel that rare connection into expansive new horizons.

The duo undertook an intensive study of the original composition, Coltrane’s notes, and every available recording by the Coltrane Quartet as well as later versions by the likes of John McLaughlin, Branford Marsalis and Alice Coltrane. They used that vocabulary to create their own take, which they honed through invaluable live performances before audiences largely unfamiliar with the original. “It was so incredible to see the way that rock fans connected with the music,” Jonathan recalls. “There was yelling and crying, people getting really stoked and devouring every note we were playing. Seeing people’s minds getting blown by Coltrane’s music, was an inspiration for us.”

Those visceral reactions attest to the continuing impact of Coltrane’s bold vision. Mattson 2 Play “A Love Supreme” channels that vision with both reverence and inventiveness, creating a vibrant and electrifying new interpretation that will resonate with new generations of open-minded listeners. 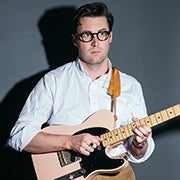