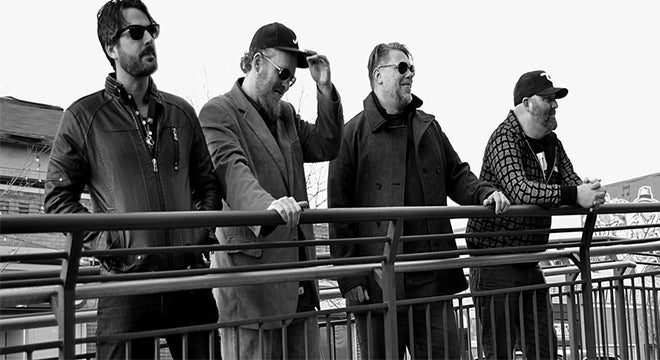 Perpetual Groove based in Athens, GA, rides an unending wave of momentum buoyed by an enthusiastic fan base and international critical acclaim. PGroove's music has evolved into a genre-bending, highly original sound that touches upon jazz-rock, neo-psychedelia, R&B, trance electronica, progressive rock, and anthemic arena rock. Their large catalog of original music offers something for everyone, but the band is also known for their eclectic range of covers; including everything from Michael Jackson's "Thriller" to Rage Against The Machine's "Bulls On Parade". The addition of an intense, retina burning, intelligent light show creates an atmosphere unlike any other, assuring fans they'll get a highly polished, yet different show each night.

Perpetual Groove released their first album, Sweet Oblivious Antidote, in 2003 on Harmonized Records after their first year of solid touring. Besides being the top seller for The Home Grown Music Network that year (it out- sold releases by Phish, Widespread Panic, and others), it was also voted HGMN Top Fan Pick for 2003. The buzz only got bigger on the 2004 follow- up record, All This Everything, which was produced by Grammy award- winner Robert Hannon. LiveLoveDie, their third record was released in March of 2007 and represents a significant evolutionary departure in style for Perpetual Groove. Teaming up once again with Hannon and Tree Sound Studios, the band set forth to create a darker sonic landscape without sacrificing too much of that "PGroove quality" thanks in part to Butler's warm, soaring vocals. HEAL, released in 2010, firmly established Perpetual Groove as more than a jamband with its focus on well-crafted songs. Honey Cuts, an EP released later in 2010, featuring three songs that did not fit the theme of Heal.

PGroove has performed many US festivals with performances at All Good Music Festival, Gathering of the Vibes, Wakarusa, Bonnaroo, Jam Cruise, High Sierra, Jazz Fest, Riverbend and their own annual gathering, Amberland. The band has also made appearances at International events such as Jam in the Dam and Caribbean Holidaze. Perpetual Groove pushed the envelope in the music industry, touring behind the first ever 5.1 surround sound system and producing the first album to be completely offset by renewable energy credits.

The Vegabonds Bio 8/7/18 Following three European tours, four full-length albums, and a tour schedule packed with more festivals and venues than ever before, The Vegabonds are forging into their second decade spreading the gospel of pure New South Rock. The quintet joins LA-based Blue Elan Records with the first album deal of their career. The new record, “V”, symbolizing their fifth release, will debut worldwide in January. Produced by Tom Tapley in Atlanta, The Vegabonds’ highly-anticipated release audibly illustrates their unconventional yet contagious self-titled genre of rock. With Americana, Country, and Rock influences, The Vegabonds’ sound is one that cannot be duplicated, manipulated, or pigeon-holed. After his work producing the band’s critically-acclaimed album “What We’re Made Of” and the “Long Haired Country Boy” single, Tapley’s execution of albums for Blackberry Smoke to Sugarland, Tyler Farr to Mastodon, highlights the best of The Vegabonds’ unique musicianship, vocals, lyrics and sound. The Vegabonds give their fans a sensational performance with powerhouse guitar riffs and impactful songwriting night after night. Their hard work and unbridled talents have not gone unnoticed; the group has opened for such notable acts as Lynyrd Skynyrd and the late Gregg Allman, among others. Rousing performances at festivals like Peach Festival, Sweetwater 420, and Taste of Randolph, grew their notoriety nationwide. It’s no wonder that Live for Live Music has compared them to musical legends like My Morning Jacket and The Black Crowes, calling them “a force to be reckoned with,” complete with “gorgeous harmonies and impressive instrumental skills making for a perfect combination.” The band got their start in 2009 by playing the college circuit across the Southeastern United States. Fronted by lead vocalist and songwriter Daniel Allen - with Richard Forehand (lead guitar/vocals), Paul Bruens (bass), Beau Cooper (keys/vocals), and Bryan Harris (drums) rounding out the quintet - their popularity quickly burgeoned to the point that they found their fans singing along word-for-word to their first hits like “Georgia Fire” and “American Eyes.” Through pure word of mouth, the group’s fan base grew rapidly, and the guys learned they had something distinctive with their eclectic mix of roots music and earnest songwriting. Born in Alabama. Bred in Nashville. Seasoned by the Road. Celebrated the world over. Come let your hair down with The Vegabonds. -Liz Bogie 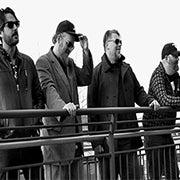