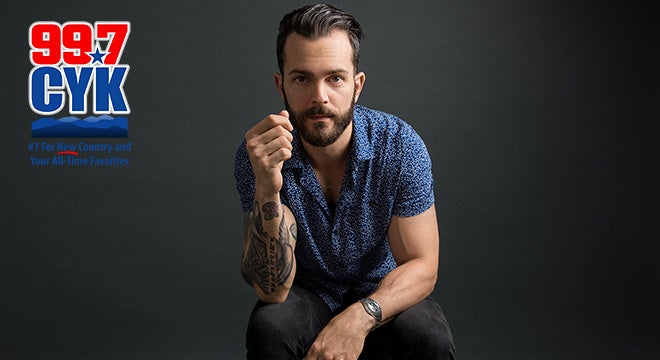 When Ryan Kinder played the world-famous Ryman Auditorium in Nashville for the first time, he turned that Grand Ole Opry performance into a special moment. Kinder set aside his guitar, walked away from the microphone and moved to the edge of the stage – a stage that’s hosted such signpost acts as Johnny Cash, Don Henley and Dolly Parton – to deliver an impassioned version of his gospel-tinged ballad “Still Believe In Crazy Love.”

With the instruments out of the picture, Kinder put the focus solely on his voice, wringing a complex set of musical influences and a ton of emotion out of a one-of-a-kind set of pipes.

Not every artist could – or should – take that kind of a risk at such a sacred venue, but for Kinder, it was an ideal showcase. There’s a singular sound to his voice, one that’s enriched with country, soul, pop, rock and gospel. And Kinder expresses those myriad influences with a unique texture, a way of relating his words with a ferocity and conviction that sounds like no one else.

It’s the kind of individuality that’s found in many of popular music’s most identifiable singers – Elton John, Garth Brooks or Reba McEntire – and he backs it with a from-the-gut power.

But that vocal prowess is only part of the story for Kinder, whose art relies similarly on vulnerable songwriting and nimble guitar playing. It’s been displayed in “Close,” “Tonight” and “Kiss Me When I’m Down.” A bedrock hit in Spotify playlists, the success of “Close” prompted the streaming company to request that he hold off releasing a new single.

Born in Knoxville, he was raised in Birmingham, Alabama, a sort of crossroads of the South that connects Nashville’s country and Muscle Shoals’ swamp-rock with Mississippi’s blues, Atlanta’s R&B and New Orleans’ gospel-inflected gumbo. He put his first band together in high school and continued practicing that passion while attending the University of Alabama in Tuscaloosa. After two years of travelling back and forth between Alabama and Music City to chase his dream, he finally quit school and moved to Nashville, where he could pursue his craft fulltime.

The Nashville creative community took notice, and executives with Warner Music Nashville were already scouting him when he played at the annual CMA Music Festival. The crowd tripled in size during Kinder’s set; Warner Nashville president/CEO John Esposito, who plays drums and guitar, liked what he saw and signed Kinder shortly after.

His musicianship and especially his songwriting has evolved in a way that combines his influences with his personal outlook and experiences. Kinder’s beliefs, his history and his future are wrapped up in his songs.

“Josh Osborne (“Body Like A Back Road,” “Merry Go ‘Round”) said most people tell a story, but in Nashville, we tell the back story,” Kinder recounts. “That really resonated with me. It’s all about where, why, who, when that really grabs you in a song, and that’s still with me.”

Kinder is co-producing his first complete major-label album, putting all of his influences into the songs, the musical bed and the guitar playing. The sound draws on a huge tapestry of American culture and finds its way into the world through a one-of-a-kind voice. The vowels and the consonants bend a listener’s ear, but it’s the heart behind his words that makes them lean in to hear him the way the fans did when he sang a cappella in that first Ryman performance.

“We don’t give the public enough credit,” he says. “When it’s not the real you, they can smell it. So I don’t worry about where my music fits or predict how it will be received. I do what makes me happy, put out the best music I can and just let it happen.”

Washington D.C.’s Wylder fuses indie-rock and chamber-folk into dynamic melodies and heavily textured instrumentals that evoke a diverse set of comparisons from Arcade Fire and Weezer all the way to Fleet Foxes.

Formed by singer/guitarist Will McCarry in 2012, the group grew into its current iteration in 2016 and features Lonnie Southall (guitar/mandolin), Mike Pingley (drums), and Jackson Wright (bass/piano). Wylder’s debut album, Rain and Laura, was released in April of 2016, and was met with enthusiastic reviews from fans and critics alike. They are currently in the midst of recording their next full length album and will be featured on the Rock Boat in early 2018 alongside Need to Breath, Barenaked Ladies and Sister Hazel among others. 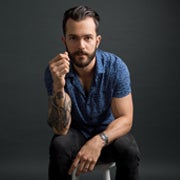