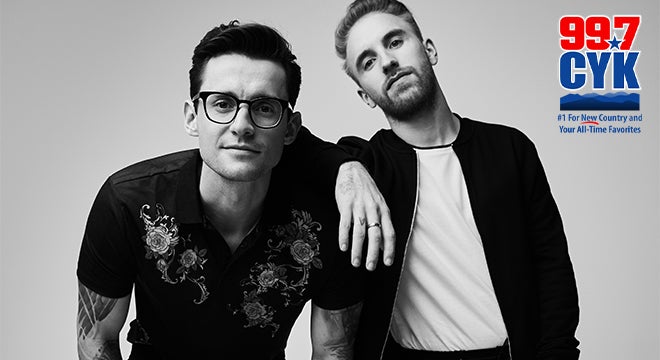 with The Hackens Boys

One band. Two songwriters. Over 20 years of friendship. A 9,000-mile move from the Northern Beaches of Australia to Nashville, TN.

Years before their hook-heavy music brought them halfway across the world, Jordan and Thompson grew up in the same Sydney suburb. They were childhood friends, crossing paths for the first time at three years old and sharing a number of experiences — from soccer games to high-school classes — during the years that followed. Somewhere along the way, they found themselves drawn to similar music, too, listening to modern songwriters like Keith Urban one minute and old-school acts like the Beatles the next.

That Sydney suburb was called Seaforth. It was an inspiring hometown — warm, sunny, and located right on the harbor — and it gave the boys a place to cut their teeth as artists.

Years later, Jordan and Thompson both found themselves in Nashville, having traveled to Tennessee for a songwriting trip together. There — in the same city that helped transform one of their heroes, Keith Urban, from Australia's best-kept secret into a global phenomenon — they decided to officially team up and form a collaborative project that highlighted their genre-jumping songwriting chops, elastic voices, and layered harmonies. Now an official duo, they aspired to permanently relocate to Nashville...but not before nodding to their shared roots by naming the band Seaforth.

"We both complement each other in this band," says Thompson. "We have the kind of partnership where we both have our own personas, and we meet in the middle. The ship wouldn't sail without both of us."

After years of traveling between America and Australia while honing their craft, Seaforth permanently relocated to the U.S. when they signed a worldwide deal with Sony Nashville, joining the same roster as Tim McGraw, Brad Paisley, and Miranda Lambert. The duo fit right into the label's family, quickly growing their own catalog of original songs that mixed melodic punch and modern organic production with the storytelling elements of classic country. It was that very sound — a sound that nodded to

Seaforth's influences while still pushing forward into new territory — that also attracted the attention of Dann Huff. An award-winning producer and hotshot instrumentalist whose credits include Urban, Carrie Underwood, Michael Jackson, and Rascal Flatts, Huff signed up to produce Seaforth's major-label debut. In a glowing endorsement of Jordan’s and Thompson’s abilities not only as a songwriters, but also as producers, Huff co-produced several of the album's tracks around the band's original demos, leaving parts of Seaforth's homemade recordings intact.

It's been two decades since Jordan and Thompson shared the same kindergarten classroom. Already acclaimed for their individual careers, the two songwriters reach a new level with Seaforth. This is a duo built upon hooks and harmonies. A duo whose country-pop sound makes room for rock & roll, R&B, and everything in between. A duo whose future is just as bright as those sunlit days back home in Australia.

"Nashville is the international home for the sound we're making," says Jordan. "From the day we wrote our first song together — a song that was organic and guitar-based, but also very modern in its approach — we knew we needed to be here. It's a dream come true." 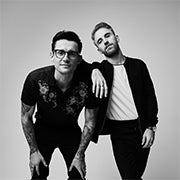