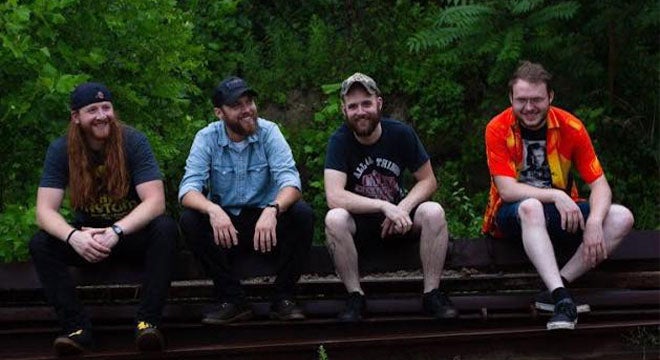 with Tighter Still and Beasts of Least Concern

Studebaker Huck is what happens when you can’t decide whether you want to have a rock, punk, folk, country, or metal band so you just throw em’ all together and chase it with a bourbon or three.

Formed in the summer of 2016 SH blend an eclectic mix of influences, countless alcohol-fueled basement rehearsals and songwriting sessions took place over several months culminating in a debut show at Tea Bazaar in February 2017. Things began to click as the band played frequently around Charlottesville. Hours of stage time honed the sound they had been searching for. In the summer of 2018 they headed to Richmond, Va to record their debut album at famed Minimum Wage Recording with the legendary Lance Koehler. "Wired in the Darkness" was released on November 24, 2018 to a rowdy hometown audience at favorite local haunt The Whiskey Jar. Boasting a mix of rock, folk, punk, americana, and straight-forward songwriting, Studebaker Huck are poised to hit the road.

The genre-defying tension of blending southern gothic, blues, jazz, and "piano-rock" makes it's difficult to pin down the sound of Ethan Lipscomb's new band Tighter Still.  Where as in previous years his work as a solo artist was grounded in synthpop and dance music now supported by a full band his music takes a darker, louder, and personal turn. Storytelling lyricism where screaming guitar solos take center stage become juxtaposed with a grooving rhythm section that moves your heart and body.

"Blues and jazz influences take a subtle back seat to the alternative rock sounds and pop arrangements.  But even in practice defining a genre to music that is inherently designed to be different feels disingenuous to me. I feel like alternative isn't much of genre anymore and branding your music when you feel like an outsider everywhere you go feels like self sabotage.  So that's what Tighter Still became, 'music for outsiders." -Ethan Lipscomb

About Beasts of Least Concern:

If no one else wants to lay claim to rock and roll any more, Beasts of Least Concern is ready to take it. Featuring Corey Gorey’s arrangements for lone voice and single electric guitar, the songs taunt reverb to amplify love lost and beg lights to lie low. The resulting sound: an implied dark stomp for an existential dance party bereft of backbeat; a pop sensibility repeatedly shushed; a sinister narrative handed the mic. Simple. Like the blues, only not as expensive, and with a glint more glamor. Chances are pretty good that you’ll sway for a spell. 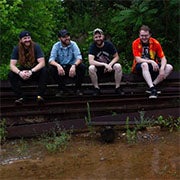