***The Performance is happening but the Show Time has been changed due to Weather advisory.***

This special show is one of 13 stops on an inaugural tour celebrating the launch of The Americana Tour Blueprint, an artist touring resource created by the Americana Music Association® for its members. This initiative is an ongoing map of today's venues, radio stations, record stores and media outlets that support Americana music acts. Currently boasting almost 100 markets along the East Coast, members can use this map to book a tour along a route while seeking potential marketing support.

For more information on The Americana Tour Blueprint or to become a member of the Americana Music Association, please visit americanamusic.org.

About Caitlin Canty:
Caitlin Canty is an American singer/songwriter whose music carves a line through folk, blues, and country ballads. Her voice was called “casually devastating” by the San Francisco Chronicle and NPR Music describes her songs as having a “haunting urgency.”

Since the release of her critically-acclaimed Reckless Skyline in 2015, Canty has put thousands of miles on her songs, circling through the U.S. and Europe. She warmed up stages for Mary Chapin Carpenter, The Milk Carton Kids and Josh Ritter and recorded with longtime collaborators Darlingside and with Down Like Silver, her duo with Peter Bradley Adams. She won the Troubadour songwriting competition at the Telluride Bluegrass Festival, and her song, “Get Up,” was nominated for Song of the Year in the Folk Alliance International Music Awards. Canty’s original recordings have recently appeared on CBS’s Code Black and on the Netflix original series House of Cards.

Raised in small-town Vermont, the daughter of a school teacher and a house painter, Canty earned her degree in biology in the Berkshires and subsequently moved to New York City. She spent her days in the city working as an environmental sustainability consultant and her nights making music at Lower East Side music halls and bars. In 2009, she quit her job and set out to make music full time. In 2015, she packed up her house plants and her 1939 Recording King guitar and drove to Nashville, TN, which she now calls home.

"The Vermont native with a casually devastating voice and unshakable poise is bound to be the next great Americana star... Canty is ready to be discovered.” - SAN FRANCISCO CHRONICLE

“Motel Bouquet is a spell-binding album of original material that shines on the strength of Canty’s plaintive vocals, evocative lyrics and affecting songwriting.” - RUTLAND HERALD

About Oshima Brothers:
Oshima Brothers' magnetic sibling sound and contagious joy result from a lifetime of making music together. Raised in a musical family in rural Maine, the brothers have honed a harmony-rich blend of contemporary folk and acoustic pop. On stage, Sean and Jamie create a surprisingly full sound with dynamic vocals, electric and acoustic guitars, octave bass, loops, and percussion. Their debut album, "Oshima Brothers," released in 2016, is a collection of 11 original songs written by Sean, and arranged and recorded by Jamie. The brothers live in Maine but are often on the road performing, producing music videos, and dancing. 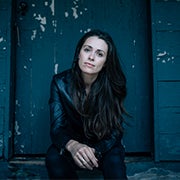