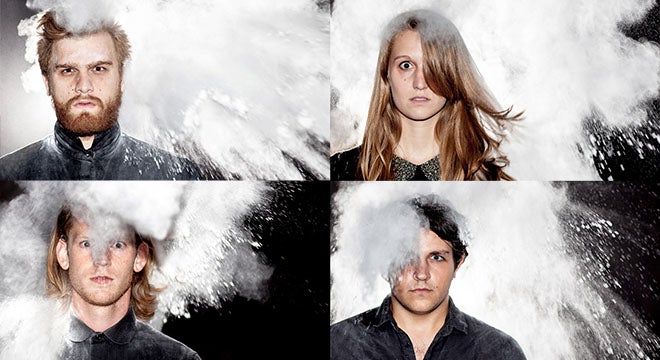 About The Last Bison:

“The Last Bison make theatrical folk music that refuses to stand still and isn’t afraid to get loud.” – Wondering Sound

To capture the new sounds on The Last Bison’s upcoming album titled VA (pronounced Virginia,) the band spent many days and nights in an old A-frame cabin.  The cabin, called “the Wigwam” sits on a summer camp on the edge of the Great Dismal Swamp near the band’s home in Chesapeake, Virginia.  The pine-lined walls and high-lofted beams became home to a temporary studio where front man Ben Hardesty says, “We had freedom to explore and create without the time constraints we lived under on previous projects.”  Out of this rustic cabin emerged a collection of music with booming organic drums and energy beyond anything on their previous work.

Having drawn comparisons in the past to indie superstars the likes of Mumford & Sons, The Decemberists, and Fleet Foxes, their most recent project harvests a more dynamic, and anthemic sound from the soil of their folk roots. The addition of electric bass and keyboards to their extensive collection of acoustic instruments has been compared to Bob Dylan going electric at Newport in 1965.  After a performance at Norfolk, Virginia’s Harborfest, the The Daily Press commented on the new musical direction saying, “The result is a more rocking sound, though the band still remains true to its folkie roots.”

Following their first independent release, Quill, in 2011, The Last Bison was signed to Universal Republic Records and created the Inheritance album in 2013.  The most recent project finds The Last Bison returning to their independent roots, having self-produced the project in collaboration with Media House Music.  The Last Bison album, VA, is due for release September 30, 2014 with a tour to follow.

"IMAGINE CHUCK BERRY AND THE EARLY STONES HAD A KID THAT GREW UP IN THE JOSHUA TREE LISTENING TO BRANDON FLOWERS COVER SONGS FROM KINGS OF LEON'S 'AHA SHAKE HEARTBREAK'."

Fighting night in and night out singing, shouting, dancing, shaking, expressing what unifies you as a human and relating this to those who seek it; this is rock n' roll. Virginia-based rock band The Barons embody this notion in everything they represent. Fresh into their twenties, frontman Peyton Alley, lead guitarist Josiah Ragland, drummer Ryan Boone, and bassist Kirtland Gray make up The Barons. The band has built a solid following since it's start in 2013 going on three independent US East Coast tours mainly drawing in the college crowds and headlined major 20,000+ crowd festivals throughout their home state. Towards the tail end of Spring 2015, the band released two singles as a Digital 45, ‘Hands On’ and ‘Crown’ with Sony producer Micah Wilshire out of Nashville, TN. 'Hands On' became the band's first song on the radio bringing much playtime through college radio and XL102 Richmond then spread throughout their home state. 2016 proved to be another promising stepping stone for the band as they released three more singles well played through out home-state stations, 'Rattle', 'Light Up', and 'Mary Anne' and supported the tours of top Billboard Rock artists, Catfish and the Bottlemen, Judah and the Lion, and The Whigs. iHeart Radio Host Jeff Katz acclaimed The Barons opening set for Catfish and the Bottlemen "one of the most fulfilling supporting acts I've ever seen". 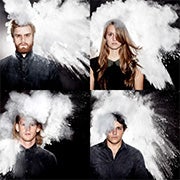