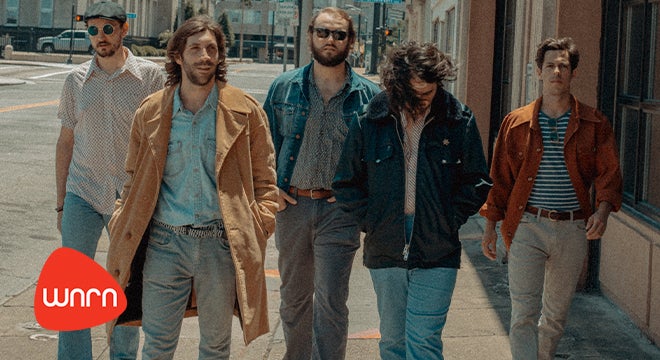 with Palm Palm and Orion & The Melted Crayons

Super Doppler is back with their sophomore, self-titled LP, out on June 28th! The five members of Super Doppler have been playing music together in some shape or form for almost a decade now and show few signs of slowing down. Super Doppler plays music largely inspired by an appreciation of the great records of the 1960’s and 70’s, while still drawing from an eclectic mix of contemporary influences. Originally from Norfolk, Virginia, Super Doppler has been touring the country extensively since the release of their debut album ‘Moonlight Anthems’ in 2017, produced by Matthew E. White of Spacebomb Records. In late 2017, the band recorded the six tracks of what would become ‘The Super Secret Singles Club’, releasing each single monthly throughout the first half of 2018. In 2019, Super Doppler again emerged from the studio, releasing three singles from their forthcoming full-length album ‘Super Doout June 29th

Super Ultra Mega group formed under duress in the summer of 2018. Van Halen got in a fight with Robert Palmer. Led Zeppelin kicked Beck in the neck. Then they all ate drugs and listened to Thriller. Hope you like Cheetah print.

Out of Richmond, with love.

About Orion and the Melted Crayons:

Orion and the Melted Crayons creates their signature sound by blending developing lyrics, intricate harmonies and musicality in a refreshing manner. With a penchant for finding the joy in the world, the TMC catalog contrasts soaring highs and everyday vibes with poignant pain atop a bed of sweet chords and interlocking rhythm. An evening with TMC will take you from the colors of indie rock though americana to the grooves of reggae, jazz and RnB.

Songwriter and producer Orion Faruque is a Charlottesville native returning to Virginia after 7 years traveling the continental US. His songwriting is centered around hope being our umbrella from the world and sharing happiness through art. The catchy melodies paired with thoughtful lyrics and conscious harmony are sure to make you smile.​

As the Melted Crayons, the band's musical friendship brings a dynamic and conversational feel to the songs. They are constantly learning from each other and expanding their musical knowledge. TMC scales from a duo/trio for smaller venues all the way up to a full band for large venues. 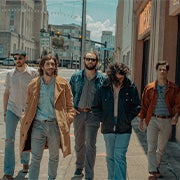