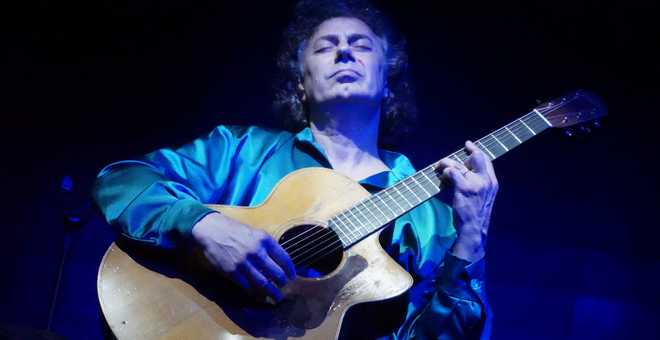 An Evening with Pierre Bensusan

An Evening with Pierre Bensusan

Note: This is a partially seated General Admission show

LIVE FROM FRANCE, AN EVENING WITH PIERRE BENSUSAN

“It’s Like The Guitar Has Been Given Free Reign To Play It’s Self!”

After releasing ‘Azwan’, an album about our oneness and interconnectivity in the midst of a unifying global crisis, French-Algerian guitarist, vocalist and composer, Pierre Bensusan, returns to the USA & Canada for completing the second leg of his nationwide 2022 Tour

When Michael Hedges titiles one of his compositions “Bensusan”, you know the inspiration behind must be special and Pierre Bensusan certainly is. Guitarists from Leo Kottke to Larry Corryel, to Tuck Andres, Tommy Emmanuel, Mark Knopfler, Andrew York, Andy Timmons, to Steve Lukather… have sung his praises, and Steve Vai released three Bensusan albums on his label Favored Nations. And it's not just guitarists who are so inspired by Pierre's music, as a recent studio collaboration on Donny Osmond’s latest album “Start Again” goes to show.

If World Music means the fusion of traditional, contemporary, jazz, classical and pop music, then Bensusan is one of the most eloquent World Music musicians of our time. Pianist in his beginnings then self-taught on the guitar, the originality of his style makes him one of today’s greatest guitarist and composer for the instrument. Also called “The Prince of DADGAD”, his story is far from trivial and it is on stage that the artist has earned his stripes! Among others, the Rose d'Or of the Montreux Festival, elected Best Guitarist of World Music by the readers of Guitar Player Magazine. His triple album "Encore" won the Grand Prix of the Independent Music Awards in the category Best Live Album... Since his first performances in 1974 in France, the guitarist has sold half a million albums and given thousands of concerts around the globe, both solo and through numerous collaborations.

Born in French Algeria, Pierre Bensusan an adventurer of unusual lands. His almost “sacred” music is an intimate and orchestral hymn, a solo crossing on a multi-shell Lowden guitar subjected to the natural elements: sound molecules and finger pulp on an ebony fingerboard for open tuning, an unique and transparent technique, under the fingers of an adventurous pilgrim. Big emotion guaranteed!

“For me, Pierre can only justly be compared to someone of the stature of Keith Jarrett, so total is his mastery of the solo instrument, his dazzling harmony, his many innovations, and his deft command of counterpoint, the jazz idiom, folk expression, and all genres between and beyond. An entire history unfolds as he plays. But really, like Jarrett, the emotional depth – and this is where true artistry often likes to live – of many of his songs and compositions is all, well, breathtaking. With only his steel-string-acoustic guitar – and sometimes his rich, affecting voice – Mr Bensusan can disassemble your heart and hand it back to you restored and renewed. As he did to mine tonight. A true giant.”

« I've seen Alfred Brendel, Itzhak Perlman, Daniel Barenboim, Lynn Harrell, Nureyev, Placido Domingo, etc., etc., perform magnificently. Tonight, in Atlanta, in the last half of the second set, Pierre Bensusan went a quantum beyond the warm, compelling, appealing, extremely accomplished guitarist whose recordings and performances I've eagerly sought for over 30 years. He's achieved the sublime -- decades of technique, creativity, intuition, passion, and intensity crashed together -- a man transformed, singular, stunning. I have so seldom had the privilege and pure animal joy of experiencing this caliber of artistry. » Rain Crow (a fan) 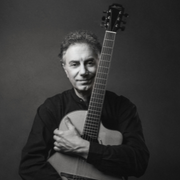