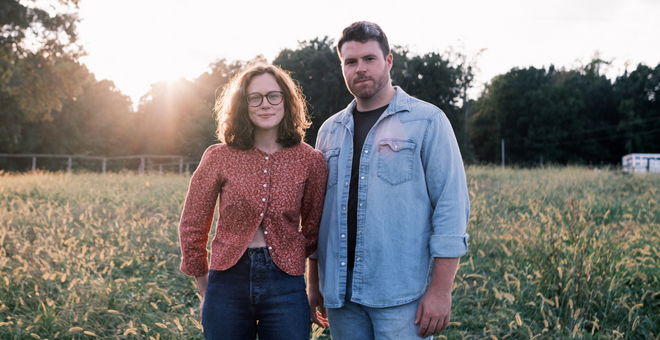 As one of North Carolina’s most beloved roots music outfits, Chatham Rabbits has swiftly emerged from the fertile Americana scene in the Triangle. The husband-and-wife duo of Sarah and Austin McCombie favors rustic, minimalist acoustic arrangements—mainly clawhammer-style banjo and guitar that showcase deftness and maturity with their songwriting. The duo has a way of connecting with their audiences that is warm and universal.

Chatham Rabbits’ first album All I Want From You (2019) was recorded with the help of Watchhouse’s Andrew Marlin, and their sophomore album, The Yoke is Easy, The Burden is Full, released May 1, 2020. Their song “Oxen” was named one of the “Top Folk Songs of 2020" by Paste Magazine and the band has been covered by Garden & Gun Magazine, American Songwriter, and No Depression. Their ingenuity during the Covid-19 crisis led to the building of their own venue, The Burrow, and the creation of their mobile concert experience, The Stay at Home Tour which took Chatham Rabbits to 194 neighborhoods in 2020-21. The duo appears in an 8 episode TV series release by PBS NC called On the Road with Chatham Rabbits that premiered in Spring 2022. 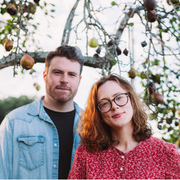