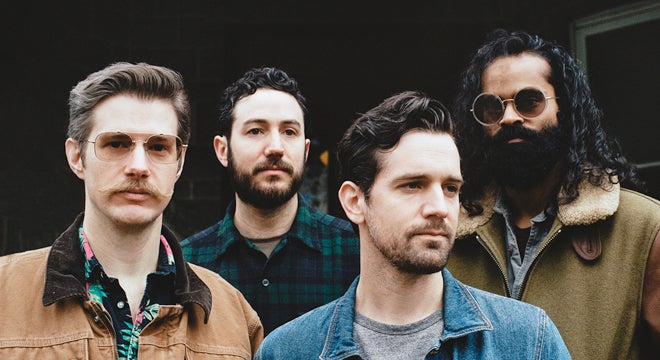 If Darlingside’s first album, Birds Say (2015), focused on the past through nostalgia, and their second, Extralife (2018), contemplated uncertain futures, Fish Pond Fish stands firmly in the present, looking at what’s here, now. Dave Senft (bass), Don Mitchell (guitar, banjo), Auyon Mukharji (violin, mandolin), and Harris Paseltiner (cello, guitar) have created a natural history in song—taking us into gardens, almond groves, orchard rows, down to the ocean floor and under stars.

The band has long been praised for their harmonies and intelligent songwriting, described by NPR as “exquisitely-arranged, literary-minded, baroque folk-pop,” and their dynamic presence (crowded tightly together onstage) have made them a live-performance favorite. But this album showcases their broader storytelling abilities: nature is a looking glass, the songs suggest, with tracks like Ocean Bed, Green + Evergreen, Mountain + Sea, and Crystal Caving making metaphors of their titles. An experience of nature is an experience of self; an experience of self is one of natural change cut and complemented by stasis.

The band started studio recording Fish Pond Fish in late 2019, when they moved into Tarquin Studios—the residential studio of Grammy Award-winning producer Peter Katis (Interpol, The National). Living and working together brought them to their very early years under one roof in Hadley, Massachusetts, which had seeded the origins of their intimate collaboration. At Katis’s suggestion, many components of the initial demos were preserved as layers in the produced tracks to retain the spirit of the initial recordings, resulting in a collection of songs that is simultaneously the most bedroom-tracked and production-heavy full-length album that the band has yet released. 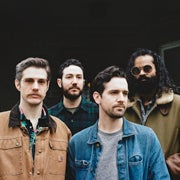