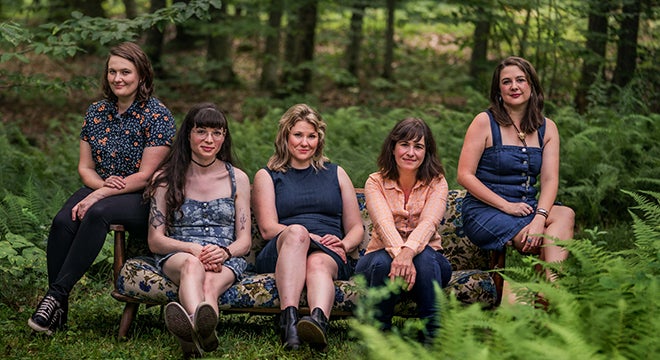 Emerging from 2020 with songs, vaccinations and an immense gratitude, Della Mae converged at Tonal Park Studio in Maryland in May of 2021. The band that had been talking, texting, Zooming, teaching, writing, and playing was finally able to get back together — and they wanted to record the immediate moments that transpired. It's a snapshot of that reunion — playing music together for the first time in a year and a half, and setting up microphones to capture it.

Della Mae’s Family Reunion celebrates surviving a tough time by deepening the bond with a community of fans who have become like family. These dedicated friends ultimately inspired and funded the new project.

The album showcases the band’s dyed-in-the-wool bluegrass chops while stretching out lyrically and texturally. Ride Away, a favorite from live shows and loosely based on the classic Vincent Black Lightning, finds the band in their bluegrass wheelhouse. Particularly prescient, The Way It Was Before (written with Mark Erelli) pairs a distinct old-timey sound with a contemporary call to action by highlighting stories encountered this year of the working poor, victims of gun violence and racial injustice. It challenges the listener to resist the pull of the "good old days" and of returning to the way things were before. These Songs and Heart of My Home touch on the range of emotions that a year off the road evoked.

Mixed in with the 6 new originals, Della Mae nods to their heroes and influences with new covers of songs by bluegrass greats John Hartford (You Don’t Have To Do That) and Hazel Dickens (A Few Old Memories), and songwriters Gillian Welch and David Rawlings (Dry Town). 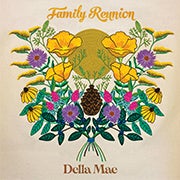