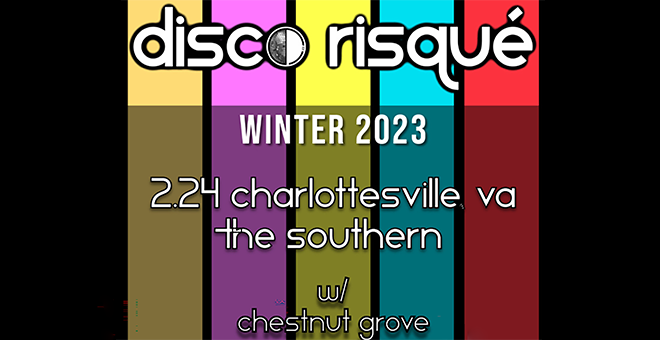 This polished musical experience has been working hard to bring you fat tracks and rockin shows with their latest release “d3p” and their frequent touring schedule. Recently performing up and down the east coast, from georgia to new hampshire, dr is committed to bringing a top of the line professional funky rock n roll dance party to anywhere music can be heard. Looking towards the future the band is excited for the forthcoming release of the long anticipated album, “joke squad,”  an instrumental lp with exciting compositions and melodic riffs that toes the line between metal, jazz, funk and dance described by a friend of the band as “tool on cocaine.”

Disco Risqué’s growth as a band is more apparent in their studio recordings than anywhere else.  2016’s eponymous debut album was a smorgasbord of musical offerings giving a little bit of everything the band had to offer, 2018’s if you don’t like hits was a pop funk focused lp, and 2021’s d3p showed the band’s growth as a full fledged studio band.  However, while the sound has grown over the years, the shows have remained raucous and ruthless making sure that while new room is made for new viewers, the old school and original flair of disco risqué is alive and well on stages across the country.  As always…come get some. 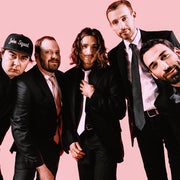