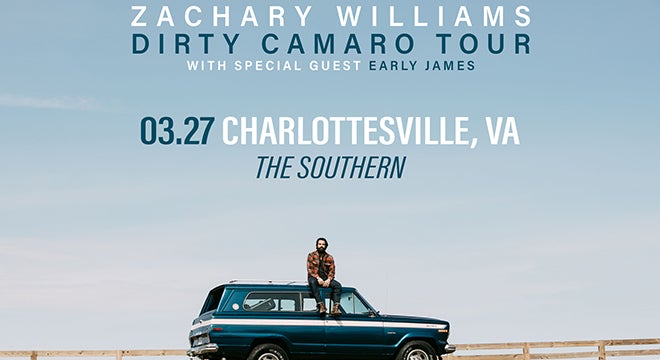 I heard Zachary Williams play for the first time in 2006. A good friend of mine invited me to his show at Rockwood Music Hall. I found myself in a small room packed shoulder to shoulder with a bunch of other eager listeners. Rockwood started in 2005 as an artist’s room; it expanded in step with Zach’s career incidentally or not, and it still is a place where people flock to listen to music as opposed to a bar where music is secondary. Thanks to everything good for that place and especially for providing a sanctuary for Zach. He commands your attention on stage, and it was, in my opinion, the place where he got the ears he deserved. Needless to say, after seeing Zach play upwards of two hundred shows over fifteen years, I became an early fan of his.

His stories come through him with such conviction and beauty that you can’t escape the impact of his writing and his voice, which is informed by those vulnerable parts of a soul baring the most of oneself. I remember telling his wife Stacy after the second or third time seeing him at Rockwood that I’d never smiled so much watching someone on stage. His pure joy in his art was blinding. I also remember telling her that I couldn’t wait because something was going to “hit”. And it did. The Lone Bellow came together and more and more ears caught on. But in hindsight, I misspoke. Zach’s music was hitting in the beginning just as it’s still hitting now...it’s just sometimes hard to see the journey’s process working when you’re in it or witnessing it. One always thinks the next one is going to do it when in reality the one now IS doing it.

Fifteen years later I am proud to say I have a friendship I’ll take to my last day, and from it comes music that makes my cheeks hurt, wakes my spirits and changes the rhythm of my day. Dirty Camaro makes your heart do the dance. From soulful crooning about relationships that yearn for transformation and missing pieces to ones that speak of adoration and a love that is anchored in the depths that only love can explain, to everyday happenstance that puts a smile on your face and a laugh in your belly...just listen and let it have you. Because it will. And if you were to ask me, I’d point to influences of the late great John Prine and Guy Clark, Springsteen and Chris Smithers. You’ll find a church where everyone speaks the same language no matter who you are and you won’t want to leave.